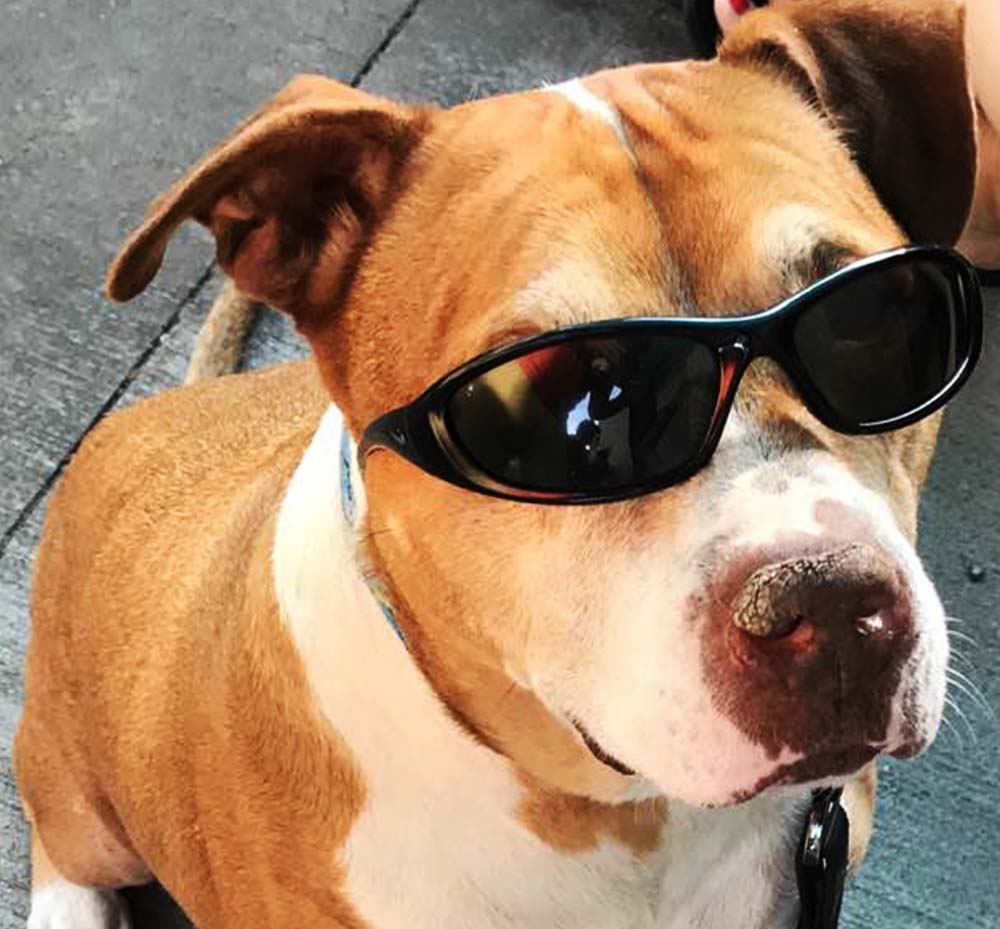 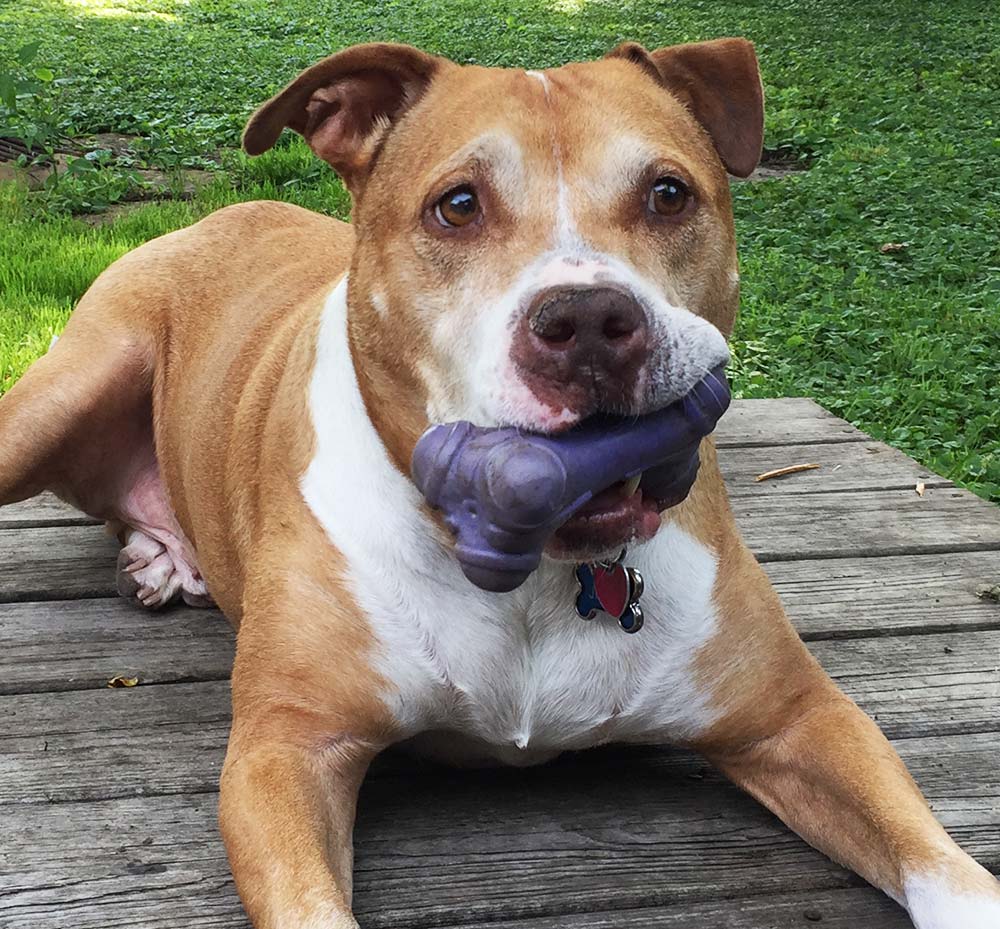 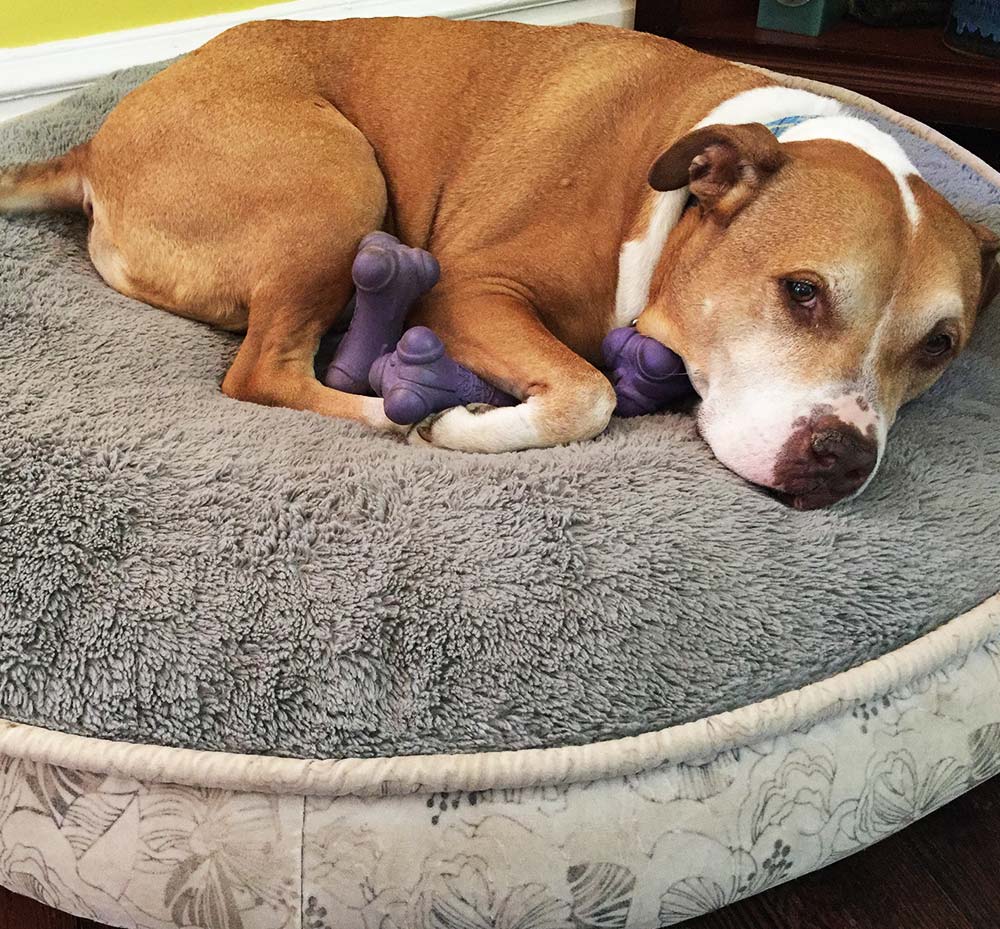 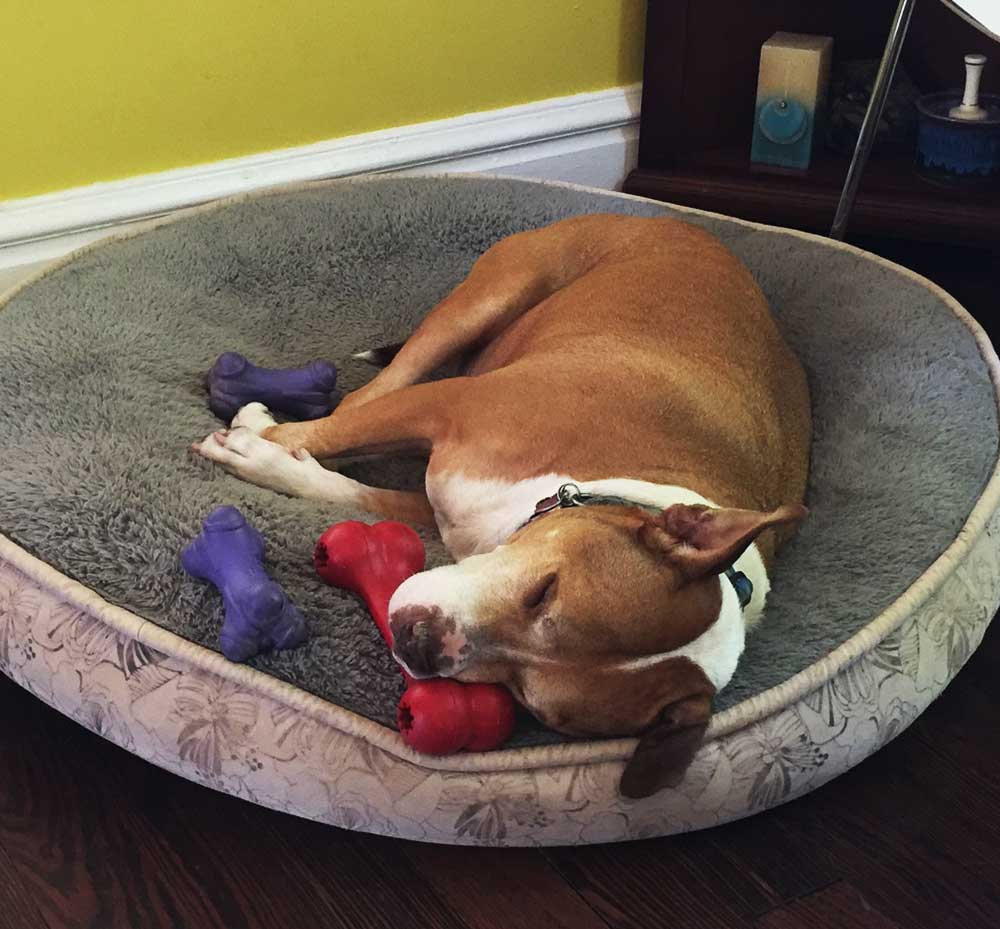 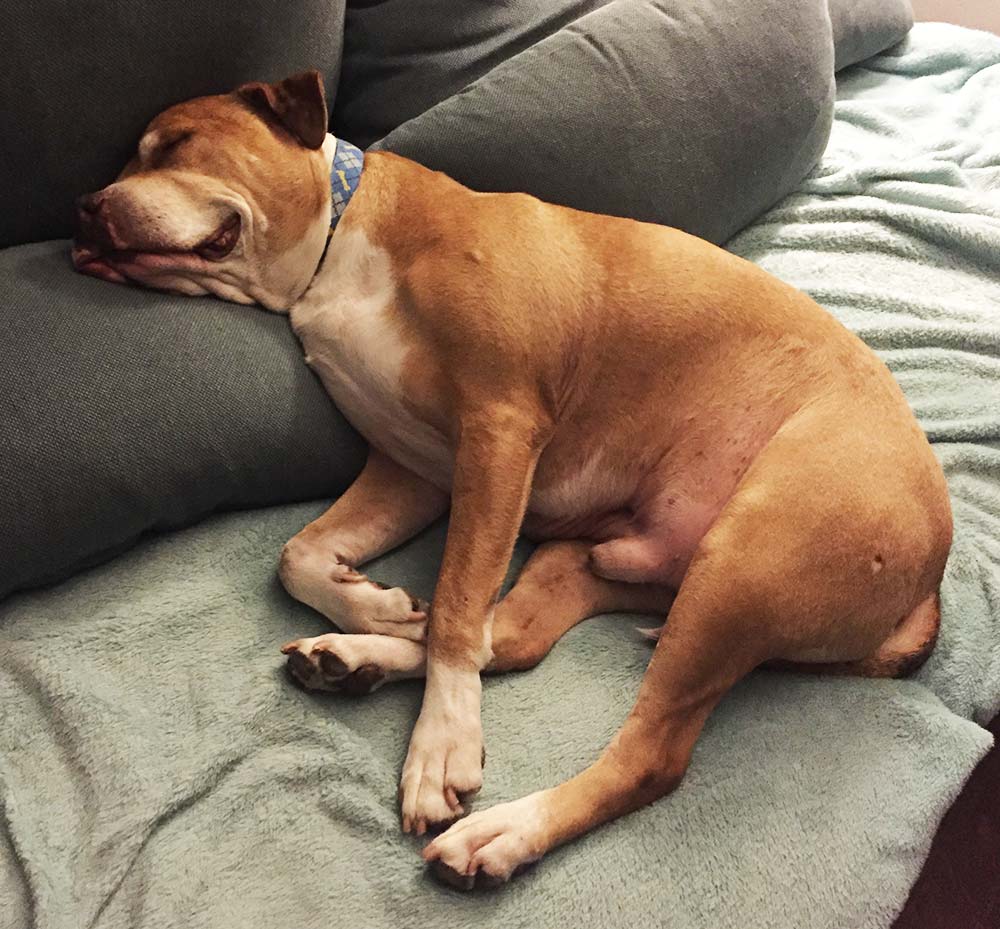 Jimbo is a chubby little 10-yr old bulldog who was brought in as an intern in December, 2016, after being adopted from KC Pet Project. We had high hopes that he’d have a long and successful career at Pixel Lunch, but it became clear early on that he wasn’t nearly as motivated as we expected. He was caught sleeping on his laptop during his first week on the job!

We have chosen to keep Jimbo on as the primary office cuddler and snorer-er. He excels at keeping the office squeaky toys picked up. He also greets Pixel Lunch clients with custom parades during office visits.

Update: Jimbo lost his battle with cancer in 2019. His illness was sudden and caught everyone by surprise. We will always cherish the few happy years we had together. Rest in peace, sweet angel. May you have all the purple squeakies you could ever desire in the afterlife.